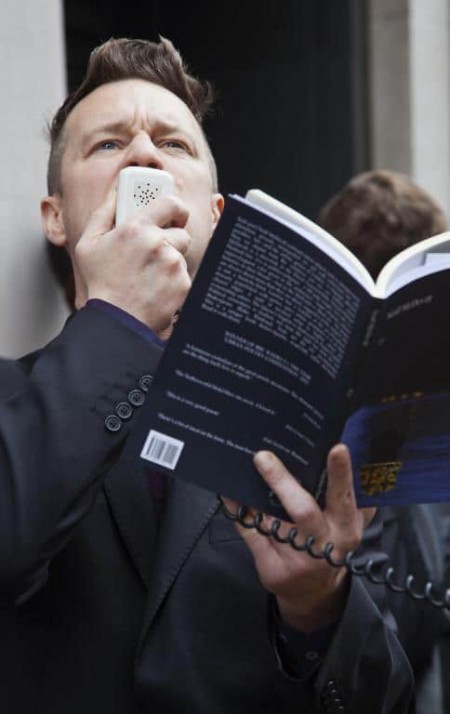 Irish poet Niall McDevitt explores the phenomenon of how writers from Chaucer to Shakespeare to Blake and beyond treat the theme of Jerusalem in their literary works. Sometimes the writers are twinning England with the Holy City, or imagining a New Jerusalem as radicals and millenarians e.g. Blake; sometimes they are visiting Jerusalem as pilgrims and travel writers e.g. Margery Kemp. Americans such as Melville and Eliot and Irishmen such as Joyce and Yeats later gatecrash the party.

McDevitt instances and examines the comforts and discomforts of what he has identified as ‘The Jerusalem Tradition’ – from the anti- Semitism of the Middle Ages to the Israel/Palestine conflict of modern times – and will argue that it shows no signs of going away. ‘The Jerusalem Tradition in English Literature’ was first performed in Jerusalem in 2017 to an international audience of Christians, Muslims and Jews including the legendary nuclear whistleblower Mordechai Vanunu.

Niall McDevitt is delighted to be bringing it to BlakeFest in Felpham, where the most famous lyric of the tradition was composed.

The talk will be interspersed with readings from his collection of poems, Firing Slits Jerusalem Colportage.

Acoustic songs written by Olivia Stevens and Rollo Rawlings, drawing on the spiritual and poetic resonance of Blake's work and personal reflections on life.

The Jerusalem Tradition in English Literature