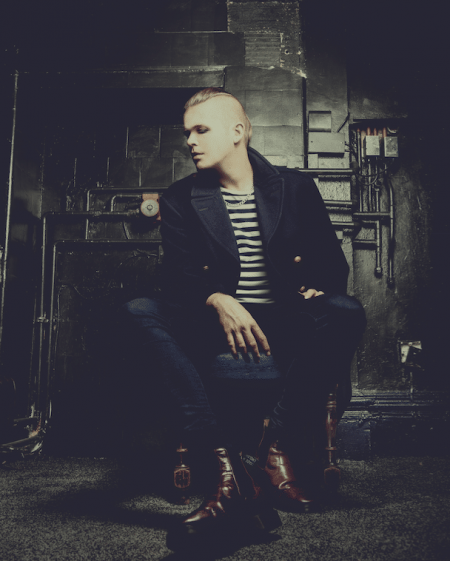 Luke Wright writes poetry that is “visceral, poignant and riotously funny,” (The Scotsman). He is the author of two poetry collections, published by Penned in the Margins, the most recent of which is The Toll (2017).

The verse play What I Learned From Johnny Bevan won Luke a Fringe First and The Stage Award for Acting Excellence in 2015, plus a Saboteur Award, and an Off-West End Award nomination in 2016.

His live shows are enjoyed by thousands of people across the world every year, where he mixes the wistful with the downright comic to take audiences on an incredible emotional journey.

For 11 years Luke co-curated The Poetry Arena at Latitude Festival. He now co-curates the spoken word line-ups at Port Eliot, Festival No.6, and The Edinburgh International Book Festival.

“Performance poetry’s key revivalist.” Metro
"One of the funniest and most brilliant poets of his generation.” Johann Hari, The Independent

He writes bawdy barroom ballads about Westminster rogues and small town tragedies. He is a regular on BBC Radio 4 and the author of seven one man poetry shows, touring with them all over the world. His latest is Stay-at-Home Dandy.