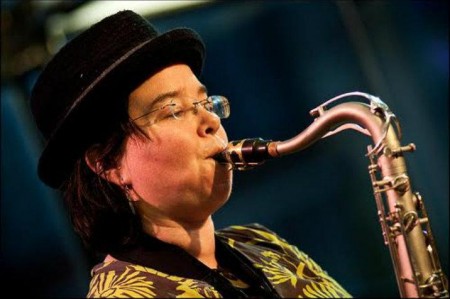 This is the main festival date with entertainment, talks, children's activities and music starting from 12 noon.
Tickets for this event are £8.00 (£4.50 for students and under-18s) available HERE or from the Regis Centre Box Office

Surprise a loved one or friend or family members and post a poem! In an age of endless platforms for virtual interaction, receiving something in the post brings a frisson of excitement! It also brings back the beloved tradition of sending a postcard from the seaside as popularised in Victorian times. "I'm hoping people will see it as a great way to share a poem which resonates with someone else".

3:30pm Lucy Kitchen. In the search for touchstones

Lucy is often compared to the likes of Joni Mitchell, Beth Orton and, vocally, to Sandy Denny – ‘Lucy’s vocal tone has hints of the late Sandy Denny in it – a rare and precious thing indeed’ (bestnewbands.com), but her sound is all her own. Since her last album, Waking, Lucy has been in demand as a vocalist, working with a number of electronic music acts to write and record songs that have been championed by the likes of BBC Radio 1 and Mixmag. She’s also performed on the John Peel Stage at Glastonbury festival.
‘These are strong and striking songs, delivered with both fragility and conviction, which deserve to be heard. A gorgeous, atmospheric offering.’ -
Folk Radio UK
“Lucy Kitchen has one of those real summer breeze voices, fresh and warm, and it’s very much to the fore on her second album that contains a myriad of delights. And she’s opened up her musical palette here with piano, steel pedal and strings all featured on a release in which she also brings in elements of Americana and lightly toasted psychedelia.” - The Crack Magazine

Raine Geohegan is a Romani poet currently performing at festivals with her Hedgehog Press book of Romani life poems, Apple Water: Povel Panni. Andy Brown is a Professor of Creative Writing at Exeter University with several collections poetry to his name, including The Fool and the Physician (Salt, 2012), based on the paintings of Hieronymus Bosch; Goose Music (Salt, 2008) with John Burnside; The Storm Berm (Tall Lighthouse, 2008); Fall of the Rebel Angels: Poems 1996-2006 (Salt, 2006) and five previous volumes of poetry. He is also a novelist and editor of A Body of Work: an anthology of poetry and medical writing (Bloomsbury, 2015). Barry Smith is director of the South Downs Poetry Festival and a published poet who works with jazz and roots musicians.

Charlotte Glasson is an in-demand multi-instrumentalist who has played with the likes of Oasis, Unkle, Divine Comedy, Nick Cave, John Cooper Clarke, Foy Vance and Julian Lloyd Webber... She brings her own Jazz combo to Bognor BlakeFest at the Regis Centre on Saturday 28th September. A massively experienced performer, she includes, in her musical lineup, the legendary Chris Spedding which absolutely guarantees a high quality musical experience for anyone who attends. Apart from his hit single "Motorbikin", Spedding's guitar credits read like a who's who of popular music... Paul McCartney, Jeff Wayne's War of the Worlds, Nilsson, Jack Bruce, Alan Parsons, Roxy Music, The Wombles, Roger Daltrey to name a few. Simply put, this guitarists' guitarist has chosen to play with Charlotte Glasson and brings an extra element to her esteemed musical talent for a not-to-be-missed performance.

Heralding the death of a distant star some 4000 years ago, Sirens of Titan sang the universe into a new period of spiritual liberation and inter galactic musical exploration. Rings of milky pop melodies and strident moons of psychedelic rock orbit around constellations of expressive joy, and improvisational tendencies. The Sirens are fronted by the mighty bardic Titan Mike Fry and joined by percussive time traveller Steve Cubitt, and the emissaries of the Hedula galaxy, Duncan Burgess and Keith Sutton.
“They blew me away...one of the best live bands I’ve seen in a long time... they really cast a spell all their own. Perfectly poised between structure and disintegration the Sirens aren’t afraid to explore new musical territory. Mike is majestic at the helm, bringing a visceral energy to proceedings and his cerebral reflections on life the universe and everything are well worth listening to!” Olivia Stevens