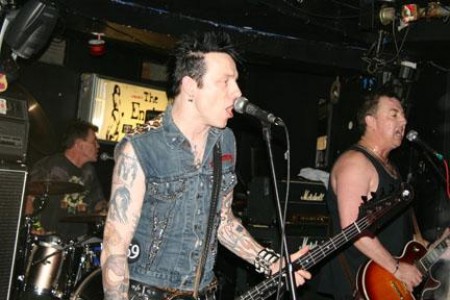 The Vibrators were the first punk band to be playlisted by BBC Radio 1 and have had a career spanning over 40 years with 20 released studio albums.
Their first album, Pure Mania (available to stream, in full, on YouTube) is considered one of the greatest Punk albums of all time. The Vibrators combine a spiky rock guitar sound with driving rhythms and catchy melodies, showing themselves to be masters of the three minute pop-punk song. Try NOT to bounce up and down to their music!

Having lost none of their vitality and swagger. Final gig before Rebellion! Don't miss this.

After Bognor they will be doing an extensive American tour with a only a few other UK dates too before beginning their European tour early next year. Their constant gigging schedule means that they are as musically tight as they have ever been. They are one of the few authentic punk originals to be still thriving today. Come and see what all the fuss is about.

AND MORE Plus plenty to eat and drink