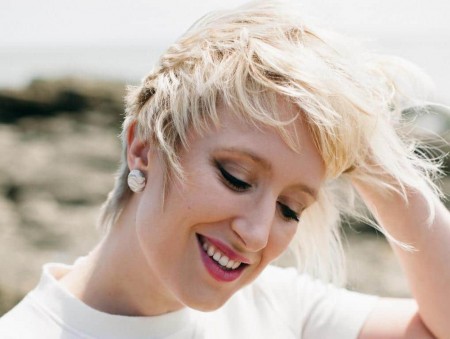 The running order for artists on Sunday 17 September is:

Doors Midday (Newtown Social Club). 12.30pm
Martin will perform a solo acoustic/spoken word set. He was influential in the West Midlands punk-reggae party of the late 1970s and early 80s, collaborating with members of The Specials and latterly Pop Will Eat Itself and Bentley Rhythm Ace.

1.15pm
With his trademark playful poetics and heartfelt humour, Justin Coe performs some of the funniest and most poignant verses from his widely praised book The Dictionary of Dads, plus a few new ones too.

2.30pm
Local blues and soul singer Ruby Tiger is joined by Louise Maggs on guitar, showcasing a set that reveals a more poetic and lyrically-centred set of songs. Ruby will also be debuting a new composition written especially for BlakeFest 2017.

3.15pm
‘Tymon’s a fuckin’ genius’ John Cooper-Clarke. A truly outstanding multi-instrumentalist singer songwriter described as the King of Gypsy Punk. In his 40 year career he has worked with a wide variety of musicians: The Clash, Jimmy Page and The Pogues.

4.15pm
Luke Wright has been described as ‘one of the funniest and most brilliant poet of his generation’ by The Independent. He writes bawdy barroom ballads about Westminster, rogues and small town tragedies and is a regular on BBC Radio 4.

5pm
Premiered by the legendary John Peel, Attila has toured the world performing his sharp-tongued, radical social surrealist poetry and songs for 36 years.
The world is changing fast, Attila the Stockbroker is writing about it - and he is more fired up than he has ever been in 36 years as a performance poet. He will be performing extracts from his autobiography Arguments Yard.

6.15pm
David Devant & His Spirit Wife never intended themselves to become a band, but rather a space in which weird and wonderful happenings could unfold. Their shows became the stuff of legend during the Britpop era. Not to be missed!

7.30pm
‘A remarkably gifted talent’, The Guardian. ‘Sings with a rare balance of passion and control… one of Britain’s brightest talents’, The Telegraph. Gwyneth Herbert is an award-winning composer and lyricist, vocalist, multi-instrumentalist and record producer. Drawing on influences from the worlds of jazz, folk, contemporary classical music and storytelling. Her latest album is the first Blue Note UK release in 30 years.

9pm – 10.10pm, Time Please, play by John Knowles and Kate Tym
Time Please is a dark comedy set in a failing pub, where ever appeasing landlord Steve and feisty wife Cath are held hostage by conspiracy theory believing chaotic Keith. What follows is a lock-in like no other. http://time-please.co.uk