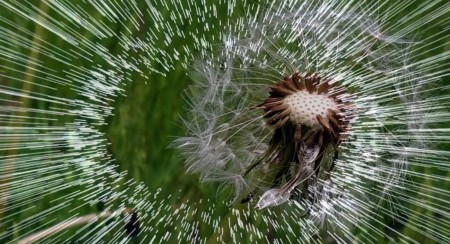 The role of an artist is in some respects not to create a framework but to reveal it and in doing so offer what Duchamp refers to as a “way out through a clearing”. In a recent interview with Adam Curtis in International Times the discussion hovered around the institutionalisation of culture or even the managerialisation of creativity and this struck a chord with me. I realised that the vacuum of meaning left by centuries of Enlightened thinking is the void I see art seeping into. In the interview he says that he doesn’t think that the “answer” to the current void of meaning will come from art. This, I suppose, is part of the paradox because the institutional framework in seeking answers is one of cause and effect - still pretty much Newtonian despite our boundless wonder for popular neuroscience. Today art is in danger of being just another object of equivalence in the meta-culture of ironic re-appropriation. With my installation and accompanying exhibition I wanted to move towards the irreducible acts of creativity, which tend to happen in the gaps of the framework. A. N. Whitehead suggests that a “living society” supports these acts of original creativity, which seem to undermine the framework itself.

The central idea of this Blake inspired exhibition is an attempt to marry his fourfold vision with A. N. Whitehead’s idea of non-bifurcated thinking or “process reality”. Since Aristotle we have been thinking in terms of fixed definable objects or substances rather than actual occasions. When we consider Whitehead’s invitation to think of objects as events the question “What would non-bifurcated art look like?” begins to feel like an awkwardly framed problem, placing art in a realm of the subject (viewer) and object (artefact). The exhibitions central installation, The Nonbifurcatedman is an attempt to manifest a non-bifurcated occasion experienced whilst driving early in the morning on the same road taken repeatedly in a receding childhood.

The bifurcated thinking positions art as an adjunct to scientific reality. Blake, however, recognised that imagination is central to the creation of reality. This is something science is catching up with (see Proust was a neuro-scientist). The occidental mind is conditioned to separate the wheat from the chaff. The chaff, in scientific terms is useless stuff. The soul is superfluous to data and therefore useless. It is the dark matter of metaphysical problem solving. The equations don’t add up without it but the rational mind is expert at making the result fit the equation. Blakean imagination is an act of the soul and therefore has been sieved out of our day-to-day model. Instead we are saturated in fantasy and to the rational mind the visions of Blake only make sense as delusions. You don’t need to be a bohemian to feel the hum of the meaning beyond the surface of things but we dismiss the feeling because the machine model analogy has become the default setting and algorithmic analysis the means by which we seek truth.

“The brain reduced by machine to feedback loops – the private personality to a public generality a person might as well have been dead already” Jonathan Franzen – Purity. Having whole heartedly defined ourselves as complex machines we are still trying to see how far we can go on this engine alone. The motor of mono-vision. Quite far it would seem. The moon. I want I want. But that remember was the sixties and now the figures wouldn’t stack up.

Nonbifurcated thinking isn’t about science and nature getting along as separate realms, it’s about entanglement. This is different to compromise and perhaps something to do with McLuhan’s idea that “new media are nature”. My installation The Nonbifurcatedman takes technology and uses it to hurl us headlong into nature. In Summa Technologiae Stanislaw Lem speculates that cybernetic technologies will become “too powerful for us to be able to cope with their autonomy”. He warns of the Pyrrhic victories of science over nature, as a result of which “instead of developing strategy, it [civilisation] ends up just practicing tactics”. It’s thrilling that Blake could see where our faith in the scientific method was leading us. It’s there in the image of Newton stooped over unable to see beyond self-made straight lines. “We shape our tools and our tools shape us.” Now, like the AI intelligence of the Chinese room we no longer need to have meaning, just the correct or consensus response. The soul is a peculiar and potentially embarrassing truth. It gets in the way of our meta-based view of life, which insists that everything is caught in a cycle of repetition and that creative originality is a matter of stealing with style.

This exhibition seeks to try another idea of art based on the specificity of the individual artist and the location, Bognor Regis. Yes Blake lived in Bognor Regis and in Milton even created his most edifying stream of consciousness work there. This is something brought to life by Dr Naomi Billingsley’s Virtual Reality Tour of Blake’s cottage. It’s great to have it home Bognor at last and reminds me of Mirjam Westen’s idea in Piercing the Spirits of an art which, "testifies to a desire to connect everything together and to make it meaningful… a counterbalance to the absurdity of our existence…"