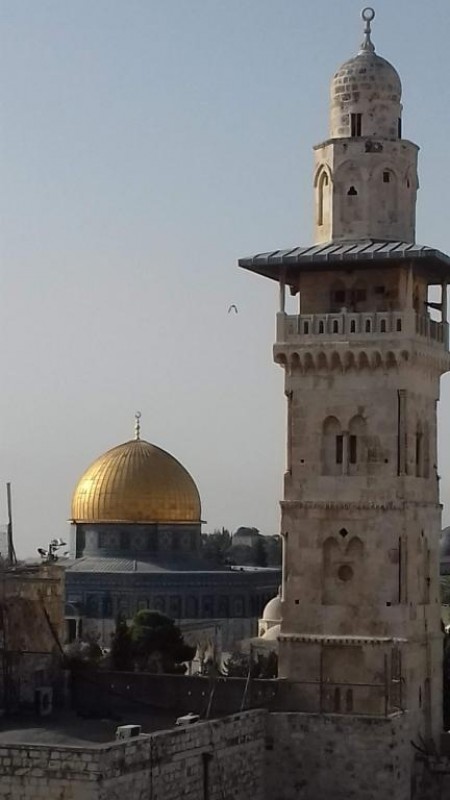 Building Jerusalem is a public meeting, held as part of BlakeFest 2018, involving talks and a panel discussion exploring the relevance of William Blake’s poem/hymn ‘Jerusalem’, [And did those feet ....] and wider philosophy, to the Israeli-Palestinian conflict and Britain’s potential role in finding a solution to it. The event is an inter-faith and truth-seeking initiative and there will be no promotion of ideological or religious views that favour one faction of humanity over others. A talk from English literature scholar Dr David Fallon (University of Roehampton) will be followed by a panel discussion featuring Daud Pidcock (Muslim Council); Dr Atef Alshaer (University of London) author of Poetry and Politics in the Modern Arab World; Rabbi Wright (London Liberal Jewish Synagogue) [TBC]; Canon Peter Challen (Southwark Cathedral) and Blake scholar Dr Luke Walker. The panel will be chaired by Dr Simon Mouatt (Associate Professor, Chichester University). ICT Lecture Theatre (F11) Chichester University, Bognor Regis Campus, PO21 1HR. Friday 14th September 2018, 7-9pm. Free entry, Donations welcome.

Building Jerusalem was inspired by the Community Poem - 'We'll Do It' - crafted by Stella Bahin, during her time as BlakeFest's Poet-in-Residence. "'We'll Do It'", said Rachel Searle, "reveals the heartbeat of Blake's Jerusalem in the people of Bognor Regis today and, with Blake's own visions of both Beulah and Jerusalem, the idea of an inclusive inter-faith panel discussion emerged. This was followed by a sobering trip to Jerusalem and the West Bank. The highlight of the trip was meeting Dareen Tatour who used her precious last hours of freedom to give us a tour of her beloved Nazareth."

BlakeFest, part of the Big Blake Project, has its roots in Blake's vision of Beulah, perhaps best understood as a window on earth into heaven itself: In Felpham Blake penned "Heaven opens here on all sides her golden gates" and the words to 'Jerusalem'. In the "spirit of Blake's poetic genius", BlakeFest is a synthesis of original music, poetry and audio-visual art and includes talks on issues of 'the imagination' and social justice. The over-riding aim of BlakeFest is to be an agent of regeneration in Bognor Regis through the exploration and celebration of William Blake.

Blake lived in the village of Felpham, on the outskirts of Bognor, from 1800-1803 where he saw visions of Angels, was inspired to compose the text which is known as, and widely celebrated as, ‘Jerusalem’ and also ended up on trial for assault and sedition after an altercation with a soldier outside a local drinking establishment.

In a letter to John Flaxman from 1800, Blake wrote that “Felpham is a sweet place for study because it is more spiritual than London. Heaven opens here on all sides her golden Gates; her windows are not obstructed by vapours; voices of Celestial inhabitants are more distinctly heard, & their forms more distinctly seen; & my Cottage is also a shadow of their houses.” His cottage, which he described as having “a roof of rust’d gold” and being a “perfectly proportioned palace” is currently in the hands of a Trust who one day hopes to open its doors to the public. Meanwhile BBP has opened its virtual doors through a beautiful 'Tour of Blake’s Cottage'.

Blake’s work has spread through the psyche of different generations, persistently inspiring groups of artists beginning with The Ancients, including Samuel Palmer. Is it possible that Blake could also inspire socio/political solutions?

This year's BlakeFest is headlined by Lene Lovich and focuses on Blake's influence on 1960's counter-culture. It includes many original offerings including 'A Blade of Grass' readings, and Mikey Georgeson's 'Silent Disco', an immersive art exhibition designed to communicate the idea of kindness being a virus after AN Whitehead's idea that purposive acts of kindness shouldn't have a status secondary to material elements such as atoms. That kindness rather than atoms are the 'real' building blocks of society.

Visiting Palestine this summer to launch her anthology 'A Blade of Grass: New Palestinian Poetry', poet, editor and Chichester Senior Lecturer Naomi Foyle both covered a lot of ground and laid the foundations for future creative collaborations in the region. Travelling with Rachel Searle, the Director of Blake Fest (Bognor Regis), with whom she is co-organising the ‘Building Jerusalem’ event in this year’s festival, Naomi also visited with Jewish peace activists in Haifa and met with poet and political prisoner Dareen Tatour on the eve of her sentencing. Naomi and Rachel returned home sobered by the manifold injustices they had witnessed, but also inspired to "see the universe in a blade of grass", and to continue creating poetic links between the real Beulah and Bognor Regis.

Notes on a Blade of Grass

A Blade of Grass: New Palestinian Poetry (Smokestack Books, 2017), edited by Naomi Foyle with the support of a Research Development Award from the University of Chichester and donations from a crowdfunding campaign, contains poems in English and Arabic by eleven Palestinian poets, including Maya Abu Al-Hayyat, Marwan Makhoul, Farid Bitar and new translations of the later prose-poems of Mahmoud Darwish. https://smokestack- books.co.uk/book.php?book=145

Dr Simon Mouatt is a lecturer in Financial Economics and Associate Professor at the University of Chichester he has been a contributor to BlakeFest from its inception.

Daud Pidcock has had a varied life from 60s pop star, with an EMI recording contract, to the international trading of engineering equipment. After converting to Islam in 1975 he began to take a keen research interest in the banking system and has spent many years campaigning for the transformation of fractional reserve banking - a practice he regards as an exploitative and immoral practice.

Canon Peter Challen, Canon Emeritus of the Diocese of Southwark, is a retired ecumenical chaplain in economic life, fellow of the RSA and Sloan Fellow of the London Business School. Peter has worked tirelessly in the pursuit of social, economic, political and ecological justice for many years, serving as the chairman of the Christian Council for Monetary Justice. He is currently the moderator for the Independent Constitutionalists.

Naomi Wimborne-Idrissi (tbc) is a London based activist who works for the Palestinian Solidarity Campaign (for boycotts, divestment and sanctions), Labour friends of Palestine and the Jews for Justice for Palestine organisations.

Dr Luke Walker lectures in English literature at Roehampton, and previously at Chichester University. He has a degree in English from Oxford, a masters in Literature, Religion and Philosophy from Sussex and a PhD that focused on William Blake in the 1960s counter-culture.

Dr David Fallon lectures at Roehampton in English literature, specialising in 18th century history. He is the author of “Blake, Myth and Enlightenment” published by Palgrave Macmillan.

Dr Atef Alshaer lectures in London. He has a degree in English from the University of Birzeit in Palestine and received his masters and PhD from SOAS. He is the author of “Language and Power in the Arab World” and the forthcoming “Poetry and Politics in the Modern World”

Rachel Searle is the Director of BlakeFest and founded the Big Blake Project in 2012. Rachel worked as an Energy and Regulation Economist for 14 years and as a Maths/Economic/Psychology teacher for 13 years. She lives in Felpham, Bognor Regis with her husband and three sons.