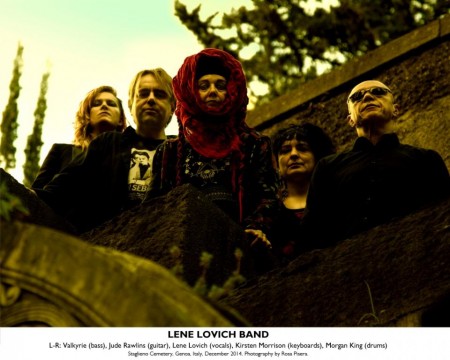 While many artists plunder the past, the Lene Lovich Band bludgeons it.
If anyone has any right to do so, it’s Lene Lovich. Since her musical partnership with Jude Rawlins began in 2012, bringing her out of a wilderness that had only been intermittently interrupted in three decades, the Lene Lovich Band has done absolutely nothing by the rules. The band has ridden the crest of the wave like a rock’n’roll pirate ship with the most colourful (and increasingly notorious) gang of cutthroats you are ever likely to see on stage.

“A music of atmospheric exactitude that knocks other bands out of the park.”

“A hit that refuses to fit.” NME