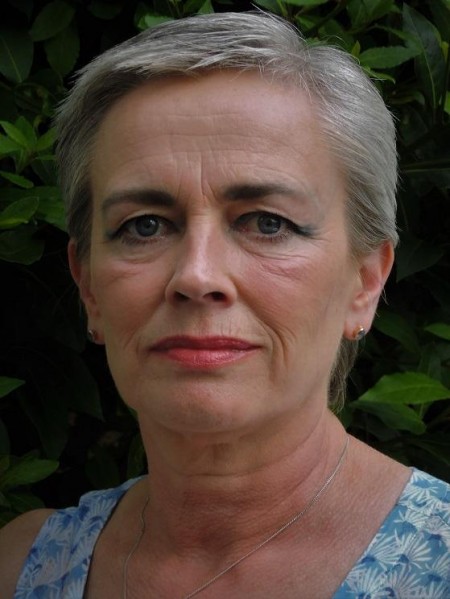 On Wednesday July 26, BlakeFest 2017 Poet-in-Residence, Stella Bahin, went what she subsequently termed, Bognoring. That is, she took a train from her home town, Portsmouth, to Barnham. Tapped on the INFORMATION door of the station and asked the official who emerged, “Bognor?” “Yes, a lovely seaside resort!” he replied with deliberate, jocular, misunderstanding of what she was asking. Before telling her, as was her point, which platform she needed for the train to take her there. “Platform three.”

Lovely, Bognor is, indeed. Stella had visited Bognor before, but always formerly by car, and had not previously spotted Bognor Regis station’s domed and pinnacle-topped tower, or the Grade II listed cinema opposite, that looked, invitingly, as if it must still employ staff in smart traditional uniforms selling tubs of ice cream; a place of many, many, nervous, first dates, and undoubtedly blockbuster queues to see John Travolta and Olivia Newton-John, Fred Astaire and Ginger Rogers, she imagined. Quiet, this summer-showery, blustery, mid-afternoon.

Stella was meeting BlakeFest Director, Rachel Searle; Exhibition Curator, Mikey Georgeson; Organiser, Sedge Seymour and Sedge’s young son. A short stroll from the station, they convened at Bognor Library where the BlakeFest Exhibition and pre-exhibition are soon to run, with a multi-sensory art installation by Mikey for one. They peered into the first floor display cabinet which will be available for the festival, imagining Blake’s spectacles within it and other Blake-related artefacts. They eyed the large room booked for the exhibition, envisaging its BlakeFest usage by its visitors. They talked, intently. Mikey, who’d arrived earlier for Bognoring of his own, had to run for the train he needed to catch home to Horsham.

Next, Sedge’s son suggested those remaining take their pre-planned meal together at Hotham Park Café, and Stella borrowed Sedge’s large-for-her bike to view the beautiful, finely-cultivated park ahead. On wheels, she was delighted to see Hotham Park’s wonders include a train, a boating lake, a Mad Hatter’s Tea Party table with chairs all carved in wood, and the ceramic art piece, Cold Frames, the installation of which had been commissioned by Rachel. The generous meals at the café were also much enjoyed by all four of them. Afterwards, Sedge and his son headed off.

Rachel then showed Stella past the Hotham Park iron gates decorated with designs provided by local schoolchildren, past The Ice House and a short drive in her sporty vintage car away – Blake’s Cottage. Rachel described how the streets and view would’ve looked when Blake lived there, a figure to be heard going his way cheerfully singing. Rachel pointed out the place nearby where a field still lay that had previously been under threat of being built upon and forever lost. Rachel’s impassioned involvement in a successful campaigned to conserve this field – as a precious relic of Blake’s ‘green and pleasant land’ – was how Rachel had come to be actively involved in all things Blakeian, she explained. She had told Stella this before, but there, on the spot, with a fragment of Blake’s song almost on the breeze, well. That Bognored the information home.

Rachel then took Stella to her house, a mere few streets from Blake’s Cottage and together they perused prints of Blake’s artwork and books about him. They returned to the station together with Rachel’s lovely lively labradors via the windy seafront, with the low tide showing stretches of seagull-lined sand. Worlds under webbed feet. Past the information centre with bold Blakeian posters about the forthcoming festival on September 16 and 17, stopping at The Hothampton Arms for a pint. And they chatted, and thought, and planned Bognoring for BlakeFest together until Stella took the train back to Portsmouth.