George Szirtes, Judge of the The William Blake Poetry Prize 2015, talks about the entries 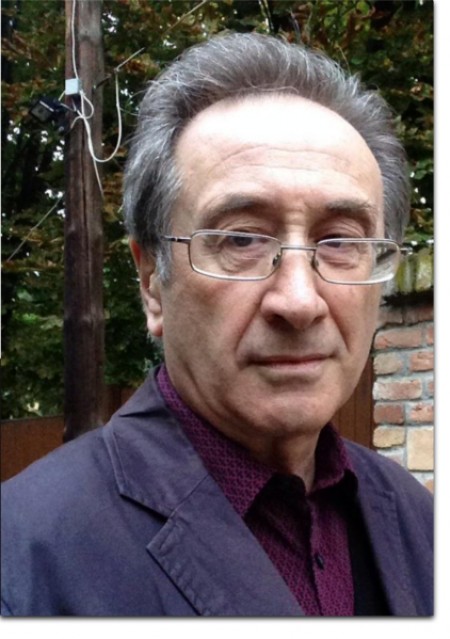 You can’t imitate genius you can only quarrel with it. That sounds almost convincing, doesn’t it? Well, not quite. You can send it up, use it as a platform, nail a reference to it, breathe it in slowly like a heady scent, or fill your tank with it like a high-octane fuel. Genius is what Basil Bunting wrote about on the fly leaf of Pound’s Cantos;

There are the Alps. What is there to say about them?
They don’t make sense. Fatal glaciers, crags cranks climb,
jumbled boulder and weed, pasture and boulder, scree,
et l’on entend, maybe le refrain joyeux et leger…

It is the same with Blake in his own inimitable way:

And did those feet;
Tyger Tyger, burning bright;
Everything that lives is hoy;
Little Lamb who made thee...

Looked at from this angle it appears only too simple. Be nice to everything because everything is, like, awesome! It is easy enough to agree, most of the time at least, with the suggestion that everything is, like, awesome! The rest is more difficult. Blake scholars and Blake addicts can spend lives clambering over his fatal glaciers, crags, and jumbled boulders, maybe precisely because, at one point or another, they have heard le refrain joyeux et leger. Because it’s there all right and we respond to it. Blake reminded Eliot of the sort of man who has had to make all his own furniture, meaning he didn’t have a sound background in philosophy. But he too had heard le refrain.

The intoxication of it! I felt it as a young writer. I still do and hope never to lose it. So have many of those who entered the competition. Broadly speaking, the competing poets worked along three or four lines: imitating the verse forms and saying much the same thing; imitating the verse form and saying something about the world today; entering the spirit of the Prophetic Books and letting boulder meet glacier; and writing something rather different but, hopefully, with the spirit of Blake infusing it.

My short list was rather long, comprising fourteen poems all of which had something compulsive to recommend them. They included a Samurai poem, an Upanishadic poem, a poem about reading the future in water, a poem about a Nereid, a poem about being bravely married to scissors (I was rather attracted to this one as an original idea), a biographical poem in which Blake’s wife, Catherine Boucher, made an appearance and Blake’s voice was conjured in a couple of grand quatrains; a visionary poem about seeing Tay Moor and Land’s End; and a nice variation on the Tyger that hoped not to impinge upon its fearful symmetry by seeking asymmetry. All these were intriguing and tempting.

My short short list, that is to say poems that might be termed runners-up or highly-commended, included another poem about marriage, titled Be My Wife, in which I was completely hooked by the lines “But now, from the vantage / of a hundred setting jaws, / comes the prim mathematics / of a handkerchief, sat / like a still boat on the lip of a pocket; / hinting at an era about to untie itself” I wanted that handkerchief like a still boat. I was a little less sure of the rest but I couldn’t get enough of the handkerchief.

Like Be My Wife, the poem Poppy did not seem immediately pertinent to Blake but had such a marvellous beginning that I couldn’t not award it something. “Jitter in the zephyr; / Her petals dance, / Rising with the swelter” is rather beautiful. It lost me a little in the middle and the ending seemed a little over explanatory. I’d have cut the last verse and left, I think, a stronger poem.

Money was more imbued with Blakeness. It is, as one would expect from the title, a criticism of the subject which might be thought a rather easy target, but it goes about its job with gusto, and gusto is better than flatulence. “Those Slaves to taste; of land fill waste / Of class reflecting labours based - / Exchanging bullets for petals laced / With money - money?” It has a sort of hip-hop feel, straight but sprightly.

The two closest to competing for the prize were both formal adaptations of Blake originals. The title of The Cheater, a poem about infidelity in a marriage, sounds adequately like ‘The Cheetah‘ to make a decent pun and to run with the Tyger as its model. It is neatly done and its self-confidence is infectious. “What the laughter? What the charms, / would still your ever-open arms? / What intellect? What attribute, / could overcome your ill-repute” Its feet follow very closely on those of the tyger without, of course, the fiery grandeur or the cast-iron grace of the original.

In the end, I thought, the winner, Unholy, won by a decent length. It does the same thing as The Cheater in closely following its model, Blake’s Holy Thursday, but it comments on the current refugee situation in striking resounding terms. The last verse has plentiful authority and the simple brutality of the last line carries particularly great power.

The message shouted, loud and clear:

Stay on your foreign boats, and rot.
A life is cheap, but aid is dear.
Our country’s full. The sea is not.

Granted that the prize was for poems related to Blake, the re-writing of one of the lesser known (though far from obscurest) of Blake’s poems to a public purpose, a cause Blake would certainly have supported, provided the clinching factor from me. Congratulations to the winner.