Here is the flyer for the Kenny White gig that BlakeFest organised and promoted in Bognor Methodist Church. Kenny is an acclaimed songwriter and has the respect of and has worked with many great artists such as David Crosby from Crosby Stills & Nash. The event was such a success that Kenny played for far longer than was originally arranged! 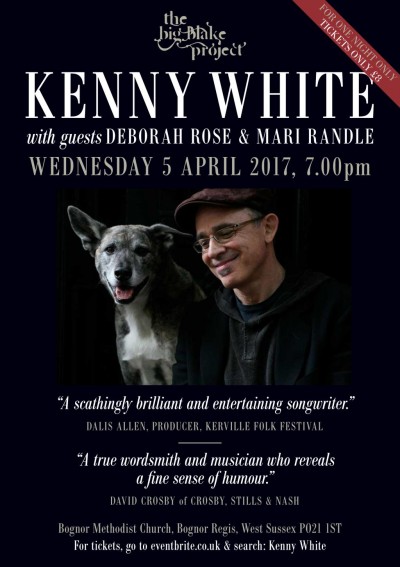