We've done it - together!

Blake's roof of rust'd gold where he saw angels and wrote Jerusalem bought for the nation.

It's hard to believe it’s only just a year since the Blake Festival was held in Felpham to launch the crowdfunding side of the Blake Cottage Campaign. Prior to that, a Patron’s event was hosted by the Blake Society in the Houses of Parliament on the 7th July.

Alongside the Blake Society initiatives, Rachel Searle, William Harvey, and the rest of the Big Blake Project team (Jackie & Barney Dowling, Abby Wilkinson, Rachel Morris, Mark Searle and Michael DaCosta) worked tirelessly successfully highlighting this worthy cause, securing grants, writing letters and hosting original events; all held all in the spirit of chasing the dream that Blake’s Cottage in Felpham could be saved for the nation. 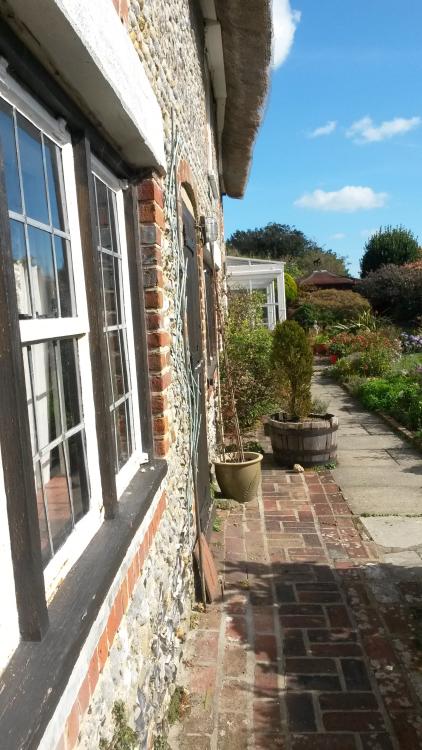 Given how important Jerusalem is for England, Blake’s influential and expansive artistic legacy, the fund-raisers thought that the task would have been much easier, since very little help came from expected sources. However, the incredible generosity of anonymous patrons, the recent rallying of poets and writers led by Richard Skinner and the generous support and time from others is something that I’m sure Blake would have been thrilled with, and probably wouldn’t have been surprised either by the more muted reaction elsewhere.

In the end it was a miracle that brought Stage 1 to a conclusion – just as hopes were beginning to fade, a single anonymous donor generously provided Tim Heath, Chair of the Blake Society with a giant-sized share of the purchase costs. Locals and community groups have shared the dream and although the chance of success was small, believed and gave generously anyway.

Meanwhile the Big Blake Project team are supporting a local, educational, heritage bid to explore the area’s link with Blake, pursuing wider regeneration initiatives in Bognor Regis and hope to hold a festival again next year. The next Blake Project event will be at the Petworth Literary Festival in November.